Nick Lowles, the co ordinator of anti-fascist group, Hope Not Hate was confronted by a gang outside of Harold Wood Station.

The chairman of the British National Party (BNP) claims that his supporters were behind a confrontation with anti-fascist campaigners.

Footage has been uploaded on the Hope Not Hate website of ugly scenes between a team of campaigners, which included its co-ordinator Nick Lowles, and a gang outside Harold Wood station on Sunday.

Nick Griffin, the leader of the far-right party, tweeted: “Old hands will be pleased to hear Searchlight liar Nick Lowles was chased out of Gooshays, Essex today by pro BNP locals? Whose streets?”

The team of five campaigners from Hope Not Hate, had turned up at Harold Wood station when they claim they were confronted by a gang of 15 men.

The footage shows the gang hurling abuse at the campaigners telling them, “we don’t want you round our manor, so just get in your car and go home”.

They are also heard telling them that, “it is no place for paedophiles”. In a second upload a campaign couple are followed by the men who tell them they are “not wanted round here”, before telling them that they, “know where they live”.

Mr Lowles said that he had “never experienced anything like it in 20 years”. He said:


They were trying to drive us out of the area by using bully boy tactics. Most of us were from Havering and are just ordinary people.

The campaigners had planned to meet up at the station before moving on to Harold Hill to hand out leaflets. The group managed to deliver 2,000 leaflets despite the earlier confrontation.
Simon Darby, spokesman for the BNP, said the gang were:


just local BNP supporters who do not like other people coming into their area telling them how to think.  We have a lot of BNP supporters up and down the country and particularly in that area who are just fed up.“Hope Not Hate are coming with their crocodile tears when they are trying to sabotage our campaign.

Nick said that he has been inundated with messages of support since uploading the footage. He is preparing a dossier of material to pass on to the police and the electoral commission.

A man has been charged with a racially aggravated public order offence after Norwich City defender Sebastien Bassong was allegedly abused by a fan. 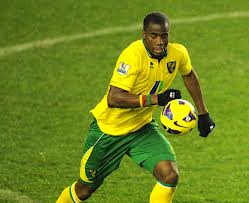 The Cameroon international was the target of alleged racial abuse during Norwich City’s 4-3 win over Swansea at the Liberty Stadium in December.

The alleged incident took place after Robert Snodgrass had scored Norwich’s fourth goal from a free-kick in the 77th minute.

It sparked an investigation by South Wales Police and 23-year-old Lee Ward, from Swansea, was arrested and released on bail.

The Crown Prosecution Service in Wales has confirmed that Ward has been charged with racially aggravated threatening, abusive or insulting words or behaviour.

Ward will appear before Swansea Magistrates’ Court on March 20.

Former Newcastle player Bassong, who was signed by Norwich from Tottenham in the summer, made his debut against QPR in a 1-1 draw at Carrow Road in August.

He has recently returned to the side after injury and played in Norwich’s 4-0 defeat at the hands of Manchester United on Saturday.

Posted by Barbara Suzuki Norwich at 01:58 No comments:

From the Sheffield Star:

WITNESSES are being urged to come forward after a group of people racially-abused passengers and staff on board a train.

British Transport Police are investigating the incident on the 17.44 Sheffield to Norwich service on Saturday.


The alleged incident involved a group of approximately 10 people, nine men and one female. It is alleged that the group racially abused passengers and staff.

Officers met the train at Nottingham where a number of the group were removed from the train, spoken to and their details taken. Sgt Jacks added:

Posted by Barbara Suzuki Norwich at 09:37 No comments: 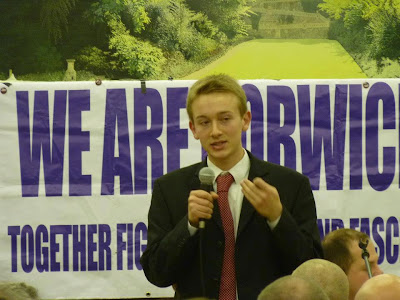 ﻿
Surprising and intriguing to find a local lad, UEA student, political activist and supporter of We are Norwich featured on a blog called Far Left Fashion, and then again at Harry's Place. 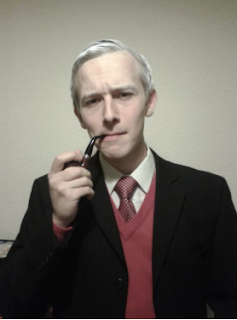 ﻿
Posted by Barbara Suzuki Norwich at 02:53 No comments:

The EDL has East Anglian Discovisions!

The English Disco Lovers (EDL) are a pro-disco, pro-racial equality group which aims


to spoof the slogans and emblems of The English Defence League, showing them for what they really are - racist, outdated and the type you wouldn't invite to your disco!


Because glitter balls, impossibly wide trousers and dancing like a twit beat racism, criminality and stupidity EVERY time. 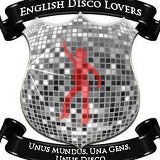 
There is even an EDL NORWICH Discovision (English Disco Lovers - Norwich Discovision)  Please do visit the site and share your own disco favourites, for

Posted by Barbara Suzuki Norwich at 23:53 No comments:

Disco dance with the EDL goodies

So who are the good EDL?  I caught a reference to the group at the protests against the other EDL in Cambridge last Saturday, and found this article:

From the Guardian by Dorian Lynskey:

How to disco dance the EDL off Google and Facebook

Last autumn, four London-based friends, who prefer to remain anonymous, got to talking about reappropriating the acronym EDL from the English Defence League and "putting it to better use".

It started as a joke but they soon realised that it could become a more ambitious campaign. So they formed the English Disco Lovers and wrote a manifesto expressing their aim to oust the existing EDL from the top of Google's search results and outdo them on Facebook. They even have a logo, a shield-shaped mirrorball, and a Latin motto: Unus Mundus, Una Gens, Una Disco (One World, One Race, One Disco).

"I don't think any of us could say we were disco fans before," they explain via email, "but as we've heard more and grown to understand the message, we've found ourselves identifying with it. Disco has always been a scapegoat for racism and homophobia. English Disco Lovers is turning the tables in favour of equality and respect."

The late 70s disco boom coincided with the surging popularity of the National Front and the musical counter-attack of Rock Against Racism, but there was little overlap. RAR called for "Crisis music. Now music. Music that knows who the real enemy is," which meant punk and reggae, not the seemingly cheerful hedonism of disco.

However, disco grew out of marginalised subcultures – black, Latino and gay – with an inherent message of unity and self-expression. Some records made this explicit. The lyrics to the O'Jays' Love Train, the proto-disco anthem quoted in the EDL's manifesto, were written by politically committed Philadelphia soul kingpin Kenny Gamble. Chic's Nile Rodgers prided himself on sneaking veiled political messages into the band's colossal hits.


Today the disco EDL stepped up their campaign by launching a website. They've had some hate mail from the other EDL, of course, but the scale of the positive response, including over 10,000 Facebook likes and offers of practical support from musicians and promoters, has surprised them. Even if it began as a joke, the English Disco Lovers' deployment of wit and fun as weapons against belligerent xenophobia is a fine tribute to disco's subversive utopian vision.


Posted by Barbara Suzuki Norwich at 23:36 No comments: