﻿Around 120 people packed into the main hall of the Vauxhall Centre in Norwich to discuss how to tackle the unwelcome visit of the English Defence League to the city on Saturday 10th November.

Organisers were delighted that so many people came to the first public meeting of We are Norwich - a coalition of trade unionists, community groups and individuals, supported by amongst others; The Green Party City Council Group, the Norwich Labour Party, the Norwich Pride Collective, Unite against Fascism, Chapelfield Mosque, Ian Gibson and a host of trade union branches in the region. Last week, a group of church leaders in the city, including the Bishop of Norwich agreed to release a joint statement with the group.

﻿﻿﻿﻿The meeting began with several contributions from the platform. Hajj Uthman Morrison spoke on behalf of Chapelfield Mosque, Julie Bremner spoke as a trade unionist and a member of the Norwich Pride Collective, Lesley Grahame spoke as a member of the Jewish community, Samir Jeraj gave his perspective as a Muslim living in the city and an ex-Green Party councillor Emma Corlett spoke as a member of Norwich Labour Party and a Unison activist. ﻿ 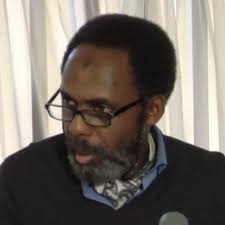 In the 1930s they blamed the depression on the Jews. Now they are blaming Islam - the fascists will pick on issues they think will divide us, but we must remain united. We are pleased people are supporting us and if you are attacked, we will support you too.


Some people think if you ignore them they will go away, but this was not the case in the 1930s.

The meeing was closed by Weyman Bennett from Unite Against Fascism giving a national perspective.  Weyman arrived late following meetings with the police in London - the EDL are attempting to march in Walthamstow this Saturday (27th October).

In between these speeches, around 20 people also spoke passionately from the floor before the speakers came back and answered questions.  Many of the questions were centered around the need for a peaceful response to the EDL tactics on the day, the right to protest and the state ban and how to mobilise as many people as possible on the day.

One of the speakers said

The EDL must hate me; I am an immigrant. I am a woman and I am political.

Organisers will be releasing details of the counter-demo over the next week, following final discussions with the police but the plan as it stands is to meet at Chapelfield Gardens from 11am and march through the city before having some speeches and music at the end.  People were keen to make sure that City Hall was kept safe as this is the target of the EDL's protest.  More people are supporting the coalition every day and one of the best recieved contributions was a statement of support read by Jessica Goldfinch from the Progressive Jewish Community of East Anglia.

Members of the English Defence League had threatened to disrupt the meeting but We are Norwich worked with the venue and the police to make sure the evening passed by safely.

For more information about We are Norwich please contact Nick O'Brien on 07717504210 or email norwichuaf@gmail.com
﻿﻿
Posted by Barbara Suzuki Norwich at 00:05